There was once a time when Hongkong Post used the MTR East Rail line to transport mail across the border into Mainland China. This is the story of these trains. 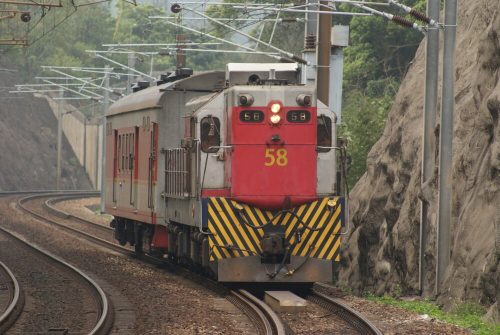 Photo by MJ2927 via hkrail.fandom.com

The completion of the Kowloon Canton Railway in 1911 provided a new route for mail going into Mainland China, and starting from 1912, all mail between Great Britain and the Far East travelled by the Trans-Siberian Railway unless marked for sea mail. 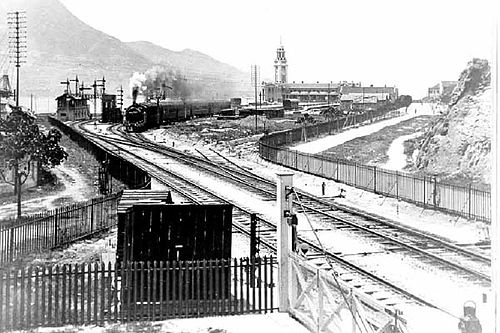 Photo by User Wrightbus on zh.wikipedia, via Wikimedia Commons

In June 1980 the transport of mail by rail was sped up following the completion of the International Mail Center, located at Hung Hom next door to the new KCR terminus at Kowloon. The two-story complex of 13,160 square meters was equipped with a mechanised mail sorting system capable of handing 100 tonnes of mail every day, and had a dedicated railway platform for the transfer of mail onto trains.

Watching the shunt move at the International Mail Centre was a popular pastime for local railfans, with the forecourt of the Hong Kong Coliseum providing a convenient viewing location of the entire area.

But in the years that followed, the usage of rail freight in Hong Kong declined, and by 2008 rail freight accounted for only 0.08% of the total freight throughput between the Mainland and Hong Kong, with around 30 TEUs of containers a day, along with 3,000 kilograms of mail.

Towards the end of freight operations the longest trains consisted of 10 to 20 wagons, with a mix of enclosed boxvans and open wagons loaded with containers, upon which the white and orange liveried mail vans supplied by the China Railways would be attached.

But often it was just the single mail van making up the train. 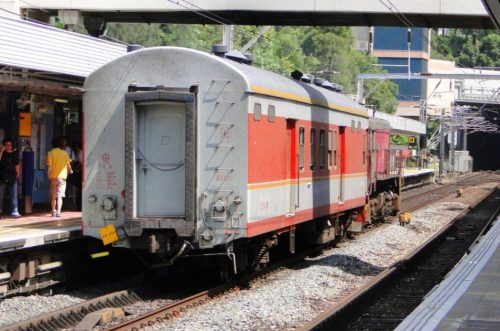 And on some occasions, diesel locomotives outnumbered the wagons following behind! 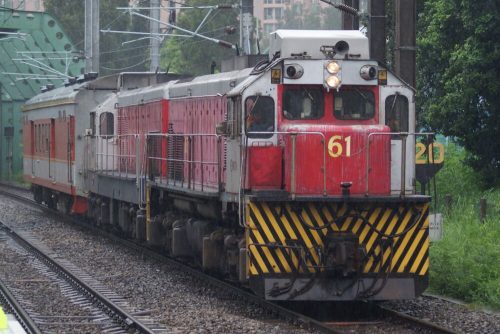 Photo by MJ2927 via hkrail.fandom.com

The final nail in the coffin of Hong Kong rail freight was delivered in 29 October 2009, when the MTR (successor of the KCRC after the completion of the rail merger) announced that they would exit the freight business.

The MTR justified the decision as follows:

The International Mail Center at Hung Hom was forced to switch to road transport of mail to Mainland China. 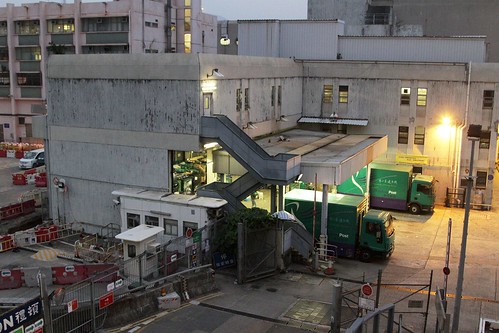 With the final chapter coming in 2014, when the International Mail Center was demolished to make way for the Shatin to Central Link project.

During the 1990s mail trains into Hong Kong used UZ22 postal carriages supplied by the China Railways, which were replaced by the newer UZ25B carriages by the time the service ceased running.

6 Responses to When Hongkong Post rode the rails to China