If you are reading this, you are probably wondering – what has “Checkerboard Hill” got to do with Hong Kong? 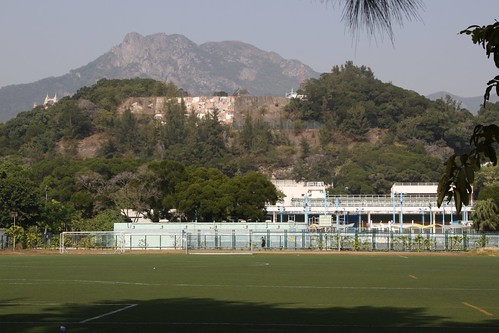 Located on the edge of Kowloon City, the hill was located beneath the final approach to runway 13 at the non-closed Kai Tak Airport, and had a large checkerboard red and white pattern painted onto the hillside as a navigational aid. To steal from Wikipedia, after reaching the hill aircraft landing at Hong Kong would execute the following manoeuvre:

Upon reaching a small hill marked with a checkerboard in red and white, used as a visual reference point on the final approach (in addition to the middle marker on the Instrument Guidance System), the pilot needed to make a 47° visual right turn to line up with the runway and complete the final leg. The aircraft would be just two nautical miles (3.7 km) from touchdown, at a height of less than 1,000 feet (300 m) when the turn was made. Typically the plane would enter the final right turn at a height of about 650 feet (200 m) and exit it at a height of 140 feet (43 m) to line up with the runway. This manoeuvre has become widely known in the piloting community as the “Hong Kong Turn” or “Checkerboard Turn”.

This photo by Daryl Chapman shows how tight the final approach was, taken from the west side of the airport with the checkerboard in the background. 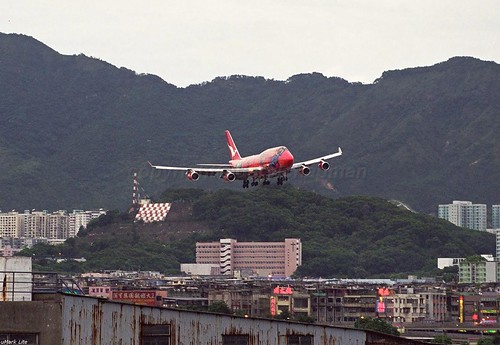 My first visit to Hong Kong was in February 1998, during the final months of Kai Tak being on operation. I was lucky enough to staying with family members who lived right beneath the flight path in Kowloon City, but unfortunately the shorter version of myself didn’t think to waste film on the planes flying above me. As a result, this is the only photo I have in my collection. 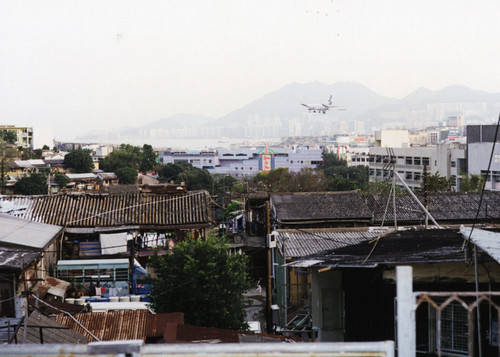 Hindsight is a beautiful thing…

22 Responses to What the Hill?